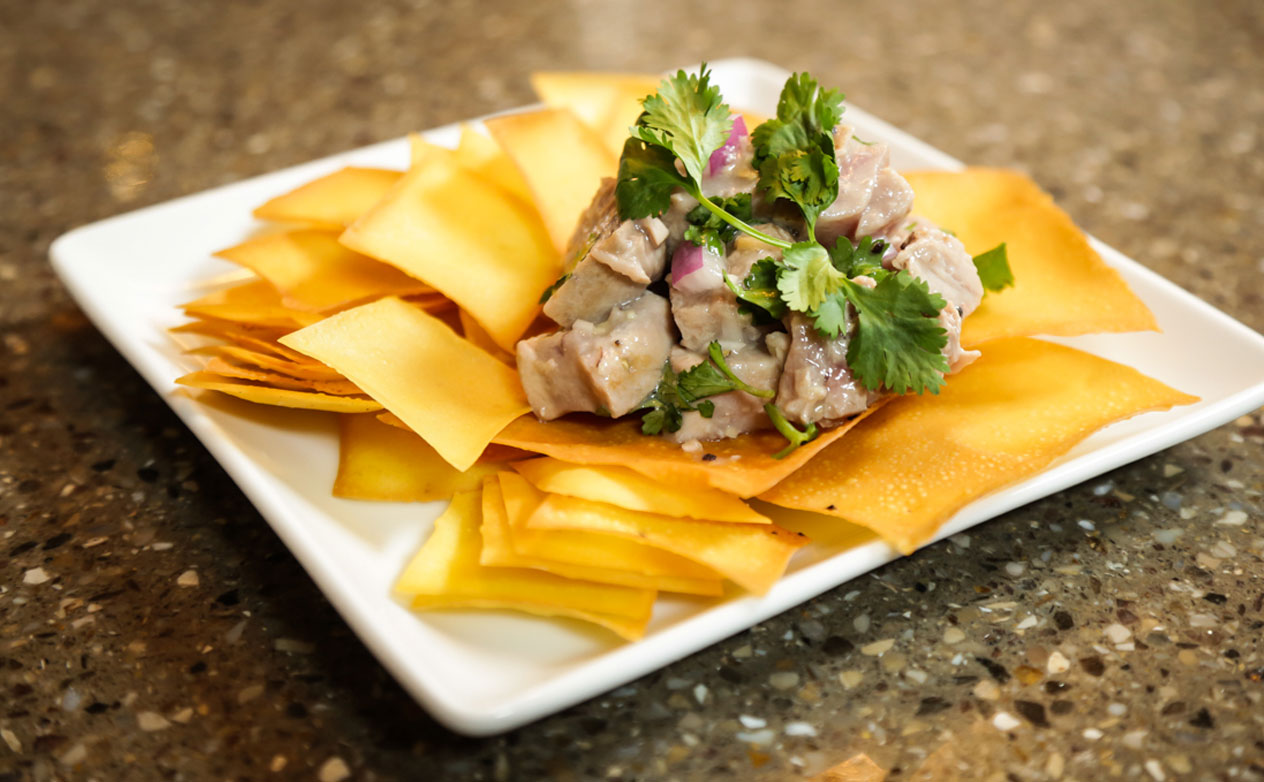 Rinse Ahi tuna and pat dry. Heat a small skillet and brush with olive oil. Sear the tuna on for about one minute on each side. Allow the tuna to cool and cut into cubes, slicing against the grain.

Place the cut tuna in a medium-sized bowl. Pour vinegar and lemon juice over the tuna. Add ginger and mix completely. The tuna should be completely immersed in the liquid. Chill the mix for at least 30 minutes or up to an hour. The tuna will turn opaque as it "cooks" in the lemon and vinegar mixture. Don't over-marinate your fish. If you leave the fish in the ceviche liquid too long, it will become dry and chalky.

After the fish has marinated, empty half of the liquid from the bowl. Add onions, cilantro, bell pepper, salt, black pepper and lemon zest to the tuna mixture. Stir gently. Serve chilled with the Won Ton crisps on the side.

Cut the won ton wrappers into squares. Combine the olive oil, garlic and hot pepper sauce, brush over the won ton squares. Place the won tons on a baking sheet in a single layer and bake at 335-degrees F for 8 minutes or until golden brown.