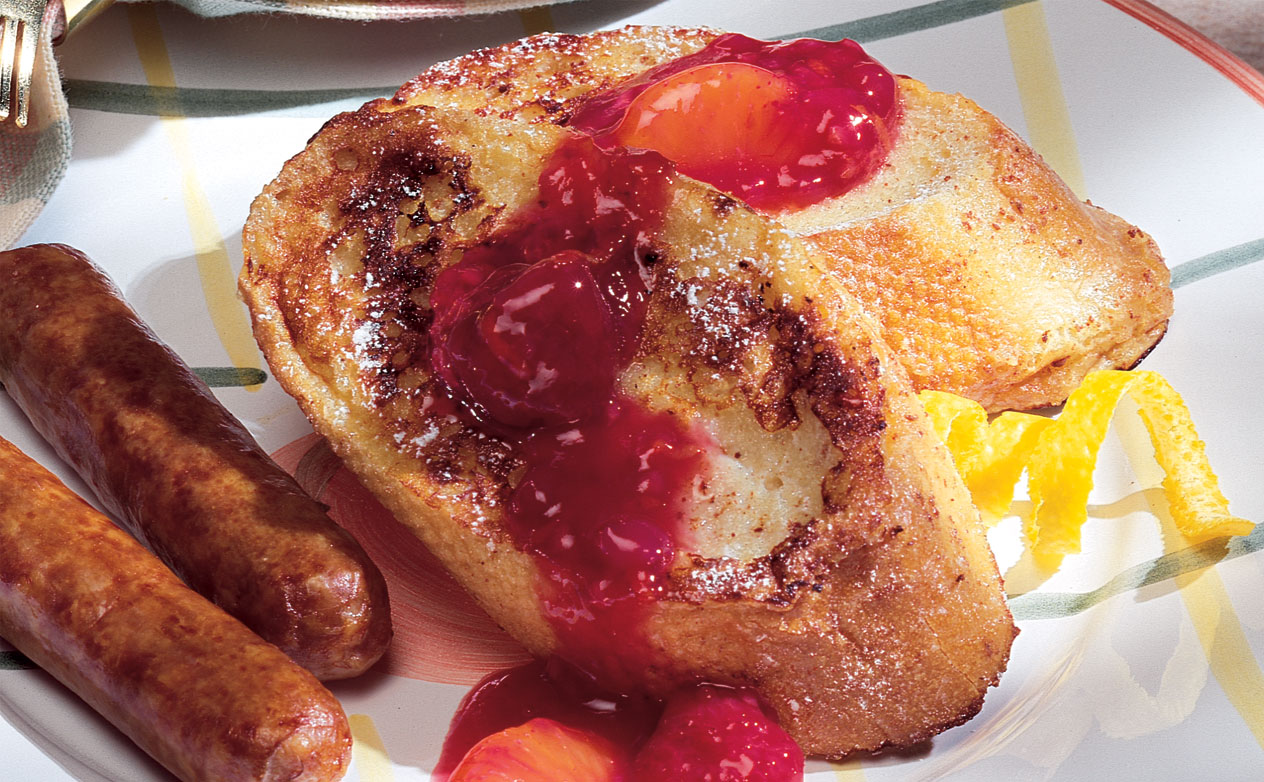 Cook according to your Advantium model's cooking settings or until golden brown.

Turn bread over after 9 minutes of cooking time.

For those watching their cholesterol intake, use an egg substitute in place of the whole egges called for in the recipe. Cut the calories by eliminating the Raspberry-Orange Sauce. Instead, sprinkle the toast with powdered sugar and fresh raspberries.